Statement on Rhino Translocation and Deaths in Tsavo

Voices in Conservation Series: Wildlife Trends in Kenya and Implications for the future

On the 26th of September, the Conservation Alliance of Kenya hosted Dr. Joseph Ogutu, Dr. Mohammed Said and Mr. Ojwang’ for a round-table talk under the CAK series ‘Voices in Conservation’ to a public audience. The topics covered included:

Dr. Ogutu, who led the first discussion, explained that trend analysis results presented were derived from the Directorate of Resource Surveys and Remote Sensing (DRSRS) data over the last 40 years and highlighted the changes in population sizes for wildlife and livestock from 1977–2016. The wildlife data from aerial counts accurately records species of about 15 kg (the size of a Thomson’s gazelle) and larger.

The study examined for each of the 21 rangeland counties representing 88 percent of Kenya’s land surface, the changes in percentage of the population size of 18 wildlife species and 4 livestock species and the total biomass in each county for livestock and for wildlife.  Data on wildlife and livestock numbers and trends per county were presented.  They also examined causal factors that can lead to wildlife declines.

Extreme Wildlife Declines and Concurrent Increase in Livestock Numbers in Kenya: What Are the Causes?

Significant findings from this long term and continuing investigation that were shared include: 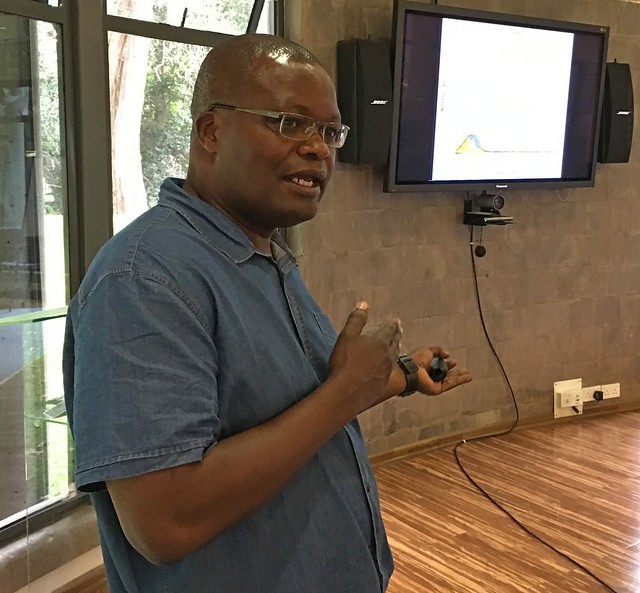 Climate change is a global phenomenon already showing harmful impacts on local landscapes in Kenya. Dr. Mohammed presented an overview of the global picture with implications for Kenya’s rangeland resources, particularly his work on downscaled modeling of future scenarios on biodiversity effects. Some highlights include: 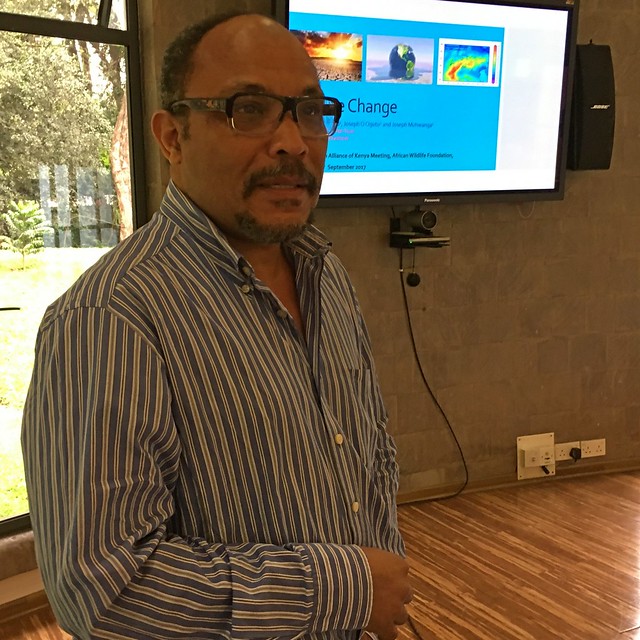 Dr. Mohammed Y Said speaking on the projections of a changing climate on biodiversity in Kenya

Kenya’s Wildlife Corridors: Mr. Gordon Ojwang’ of DRSRS talked on the important work accomplished on delineating national wildlife corridors. He drew linkages to the flagship project to secure wildlife corridors and dispersal areas that was undertaken as part of the Rapid Results Initiatives (RRI) of Vision 2030.   The corridor Atlas was launched on 26th July by the CS of Environment and Natural Resources with the goal of defining Kenya’s Conservation Connectivity Framework. The report identifies 100 wildlife corridors in the Northern and Southern Kenya. Mr. Ojwang’ called on all actors to take the next step of establishing the Conservation Implementation Framework.

Discussions on the presentations highlighted the following:

CAK committed to follow up on the key items below:

MOVE KOROGA FESTIVAL OUT OF THE HELL’S GATE NATIONAL PARK